I've been very opinionated regarding the US Air Force (USAF) and greater Department of Defense (DoD) modernization. I'm sure it's burnt me a lot of bridges; I had to get a 3-star to crush my System Program Office (SPO) once after they lied to an Office of Secretary of Defense (OSD) level organization (Defense Innovation Unit (DIU)) regarding software development, and I certainly didn't make many friends within Air Combat Command (ACC) staff for my unrelenting push for Android Tactical Assault Kit (ATAK). I did a military interdepartmental purchase request (MIPR) funds transfer for Android devices for ATAK in November 2017. Many ACC units still haven't received these tools because our SPO responsible for dismount is utterly incompetent.

I've tried to push for integration of cyberwarfare as a "fire support" (FS) type of action in a maneuver battlefield. It doesn't exist. It's the kind of thing a Joint Terminal Attack Controller (JTAC) Weapons Instructor Course (WIC) student will plan for in a sortie, but reality is it's a monolithic nightmare involving stovepiped planning and requires authorities at a level slightly above deity to make happen. I wrote a published paper about it in the Air Land Sea Bulletin published by the Air Land Sea Application (ALSA) Center in summer of 2018, titled "Why the ‘Intelligence-centric’ Approach to Cyberspace Management Hampers Dynamic Multidomain Warfare." The current ALSA bulletin actually gets more into the nuts and bolts of issues with multi-domain command and control (MDC2) and the stove-piping of offensive cyber operations teams across all the services in the DoD, but there's no clear pathway to ever gain parity with some of our near-peers in this arena. I'll delve into that in much greater detail.

So where did this all come from? In December of 2016, I was tasked to give a ridiculous brief at the USAF Tactical Air Control Party (TACP) Commander's Worldwide Conference. I was told, in addition to the brief we give every year about the status of long-term requirements, we had to give a brief on "The Fifth Generation JTAC." Of course, this is absurd. Trying to tie a series of definitions on the ground combatant to the generation of an air-to-air fighter as defined by the "fighter mafia" alone seems stupid. The brief was on the conference agenda with me as the briefer, and absolutely nothing about its content. I went back and forth with the office now known as A3S about what they wanted me to do (this was four Career Field Managers (CFMs) for TACP ago). My entire point was that the Fifth Generation JTAC doesn't exist and this is a wasted exercise, as the entire point of what they were trying to get at was a just to appeal to the fighter pilots in the room. There was no sanity about actual future warfare. I ultimately trolled the conference planners at the Pentagon.

Me: Just so I am on the right track, can you send me the Fourth Generation JTAC slide deck?
Them: That doesn't exist.
Me: Ah-hah!

So I gave a presentation to all our O-5s and above that was basically whatever I wanted. It was rambling, ultra-fast paced, and probably way too ambitious. I was trying to emphasize things like MDC2 when most TACPs where still worried about things like use of non-selective availability anti-spoofing module (SAASM) global positioning system (GPS) for targeting more conveniently in Syria or Afghanistan. The reality of contested combat in eastern Europe or the western Pacific were only being taken seriously by a number of squadron commanders that could be counted on one hand. I also delved into why our SPOs had been, and would continue to miss the mark wildly, particularly with software, if incredibly drastic changes weren't made.

Still, my boss was amazing and persisted that I expand the brief from a lousy PowerPoint to a white paper. That first draft of the white paper I released less than three months later was also, by my own opinion, hot garbage. I didn't know how to clearly write (which is probably obvious to anyone reading this right now), it was too emotional, and while some parts of the paper were wide-reaching, looking at the entire DoD for fixing major acquisitions problems, others were incredibly narrow, looking at specific SPO programs or tactics, techniques and procedures (TTP) development for narrow tactical problems, or organizational changes at the squadron level. My boss didn't crap on it though. Instead he encouraged me to expand it out to something way more comprehensive. I tried to fill in all the missing pieces, with detail across all the layers of bureaucracy it was meant to touch.

I also got incredibly lucky that Wes Bryant - a badass TACP and a published author, with the incredible book "Hunting the Caliphate: America's War on ISIS and the Dawn of the Strike Cell" which was published right around the same time as my paper - still managed to find an immense amount of free time to edit for me. Add in Greg Predmore, a Columbia University graduate TACP as my other editor, and the result is a paper that doesn't read nearly so terribly.

Still, as proud as I was of that paper (and proud of Wes and Greg, to whom I owe so much), which you can download here (Intelink account required - just login with your common access card (CAC) if you've got one), it's dated. A lot of the technologies I advocate for, and even the unit type code (UTC) re-organization I put forth are already obsolete from where USAF TACP should be, albeit my suggestions are still, in my opinion, a lot more coherent than the current reality for the TACP mission design series (MDS). Very few units are employing their patches the best ways they can, and there's a whole lot of room for improvement in general squadron operations.

Some things I recommend for TACP or the larger USAF Special Warfare (SW) community still stand, but really, the more research that's done, the more that my beloved job of JTAC should be replaced with automation. When I was regularly controlling back in the 2000s and early 2010s, I was an awesome JTAC, and I love that job. But it's an obsolete job in the coming warfare - along with the tank commander, most fighter pilots, and numerous other current combat jobs. These will all transition into either far smaller numbers for obscure contingencies, or to total obsolescence akin to farrier and multilith operator.

Because of that research, I'm breaking things apart into smaller, easier to digest papers, broken up into series.

These will publish as a serial; basically, I'll be done with all six before I press "publish" on the first one.

My second series will be more like a traditional blog in that there's no rhyme or reason to the order these things will present in. I'm going to write about USAF SW and the larger DoD JTAC enterprises primarily, but expect me to get into all sorts of weirdness, ranging from nits of brightness and minutes of angle (MOA) accuracy for augmented reality (AR), to how "traditionally focused" SPOs like the SW SPO and the TACP Modernization (TACP-M) SPO can start to actually follow the implemented and mandatory rules for innovative modernization that other SPOs have been doing for years. I have a lot of non-classified TTPs to write about as well, and they'll probably get blog space in the future.

I may add other authors, and even adopt a pay structure if this really gets a large following, but I highly doubt that's ever going to happen. If you're interested in writing, let me know.

On that note, I would love to find someone as passionate about the littoral and maritime domains with a penchant for the use of cyber in an all-domain war to sanity check me, because my life with the Army - I'm literally typing this sentence right now in an Army operations center - dovetails with my civilian past as a software developer and network engineer and my life in the Air Force to inform the opinions I have right now, but I'm just a kid who wants a surfboard when I go to the beach, not an expert on the big deep blue.

Nothing I write on here will be For Official Use Only (FOUO), much less classified SECRET or higher. But I may still end up putting some of these papers behind a login wall, if for nothing else then so I can track and monitor who is reading.

I hope you follow along on this journey - even if it may take a while. I've been writing on these essays for almost six months now, and I have a ways to go. 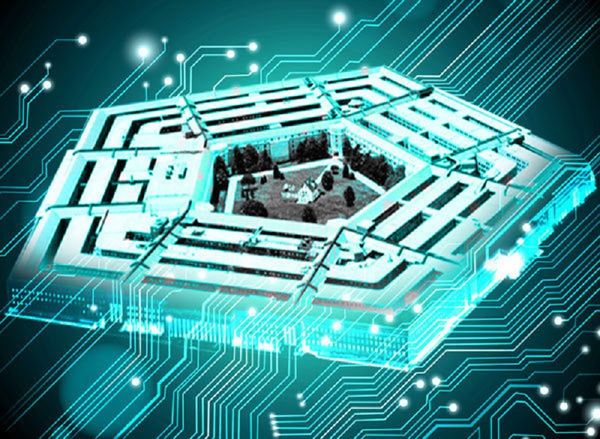 An economic, strategic, and tactical framework for understanding how a pivot really works, and why multi-domain warfare are just empty buzzwords